Last Tuesday, the Charcoal crew was lucky enough to experience a beginning of the week treat; a 4 course meal at deer + almond. If you have not yet visited this restaurant, or have not been in a while then hurry down as you are missing out. Located on the corner of Princess and McDermot in Winnipeg’s Exchange District, the small and bustling restaurant offers a welcoming and funky atmosphere, a unique drink list and of course, an insanely delicious menu. Chef Mandel Hitzer has infused his enthusiastic, fun loving and passionate personality into every inch of the restaurant, and it shows. 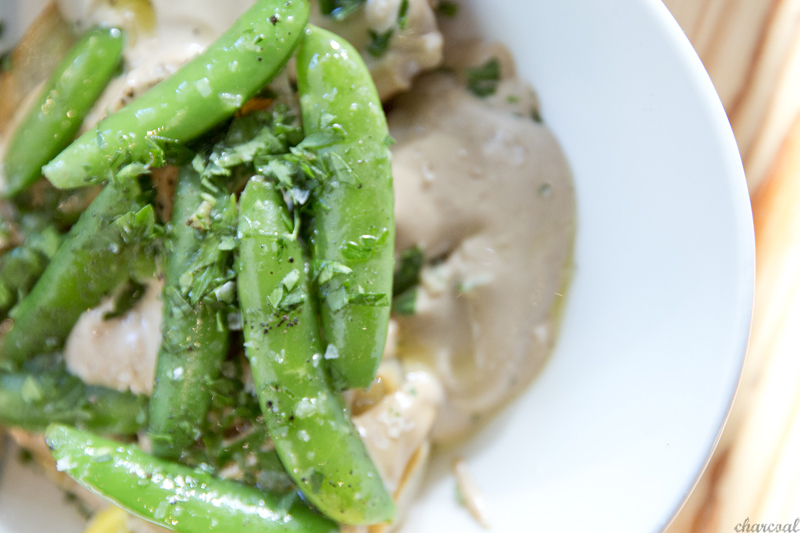 To start, cocktails with ingredients that perhaps you had to read twice or ask the server what they are, but when sipped were out of this world. A Bramble (tequila, creme de cassis, lime), Michelata (a beer caesar with Negro Modelo beer), and a Gerry Sizzlah which is a bourbon based cocktail that is a must try.

For the first course, the show stopper was a fresh tomato salad with all local ingredients and feta cheese that was brought in specially from Montreal, it was the best we have ever tried. A very close and delicious second included lemon and tahini potatoes with snap peas, sea salt and pepper, along with charred cauliflower that had a flavour reminiscent of roasted marshmallows around a camp fire. We thought that it couldn’t get better after this, oh but it did. 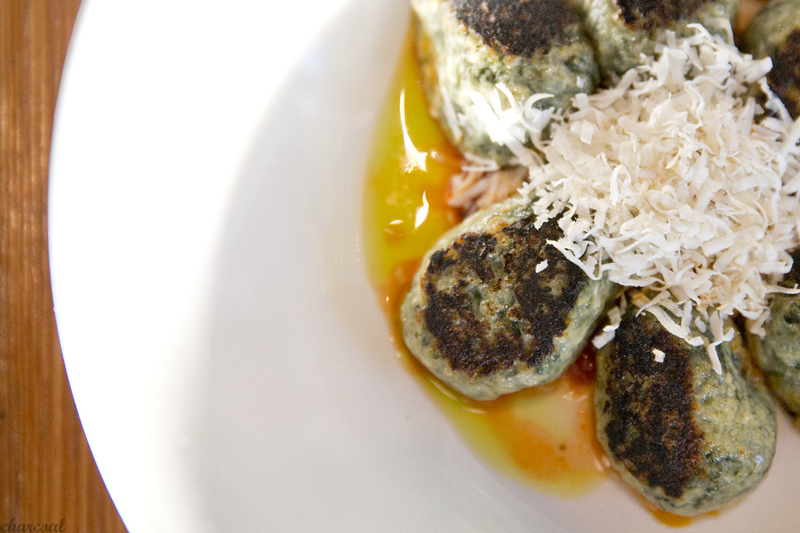 Next, we tried three dishes all with a very old world and earthy feel that were packed full of flavour. These included: spiced vegetable fritters with baba ghanoush, chevre mousse, sprouted lentils and walnuts; ricotta malfatti with tomato sauce and smoked ricotta salata; and lamb croquettes with smoked hummus, spiced yogurt and a pickled cucumber salad. The malfatti melted in your mouth while the lamb croquettes were served with a homemade hummus that made you never want to buy store bought hummus again. All paired with a Spanish garnacha and all leaving us feeling very satisfied. 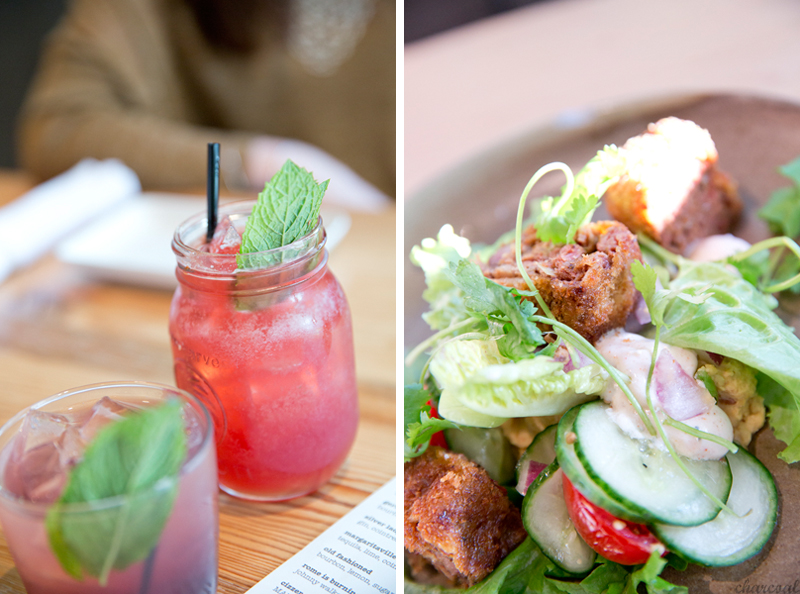 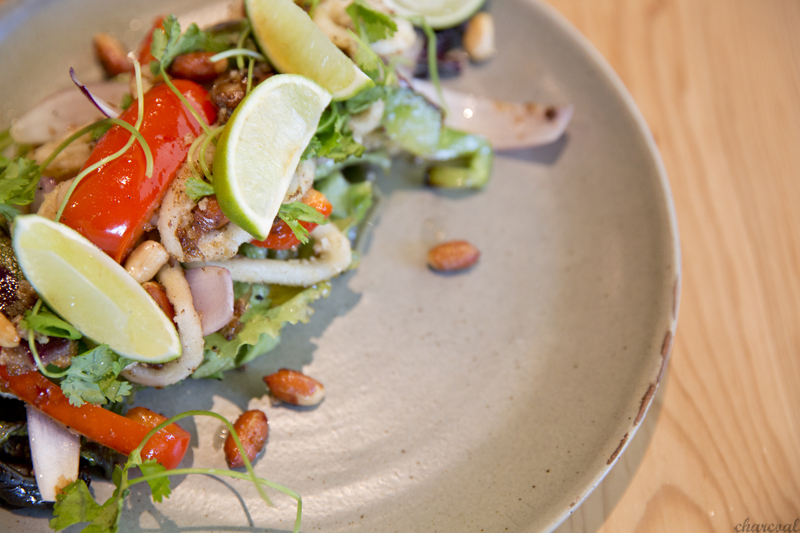 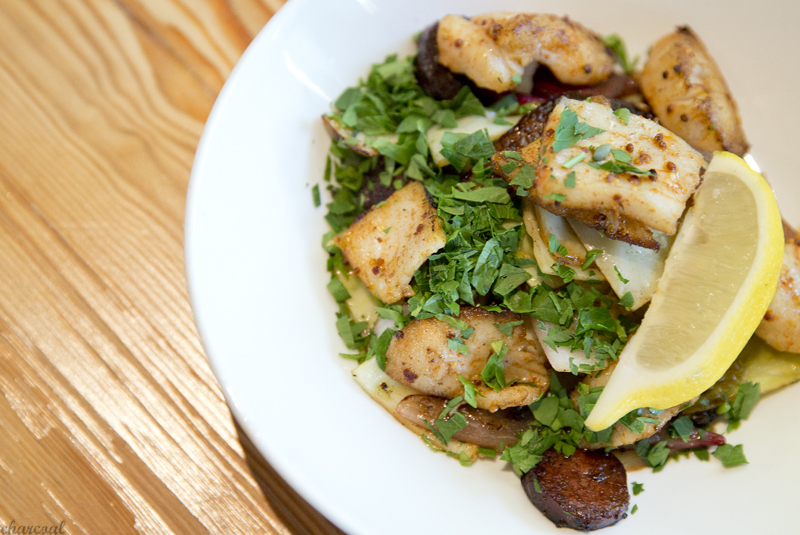 Just when we thought we couldn’t dare have another bite, we polished off another three dishes (don’t judge our weekday indulgence, we swear you would have done the same, or would have regretted not doing so). This course featured some Manitoba treats; stinging nettle linguini with chilli oil, cherry tomatoes and pecorino and Manitoba pickerel with sausage, green cabbage and lemon. What is stinging nettle might you ask? Well we asked the same – it is a plant native to North America that often has hollow stinging hairs on the leaves and stems and produce a stinging sensation when contacted by humans and other animals. The plant has a long history of use as a medicine, as a food source and as a source of fibre. When eaten, the result is a sneaky heat at the end of a bite that is surprisingly tasty.

Last but not least was a calamari dish that wasn’t your same old deep fried calamari with a side of dipping sauce. Instead, the dish had an asian feel with bell peppers, chilli shallot sauce, mixed greens, peanuts and lime which we promptly devoured. 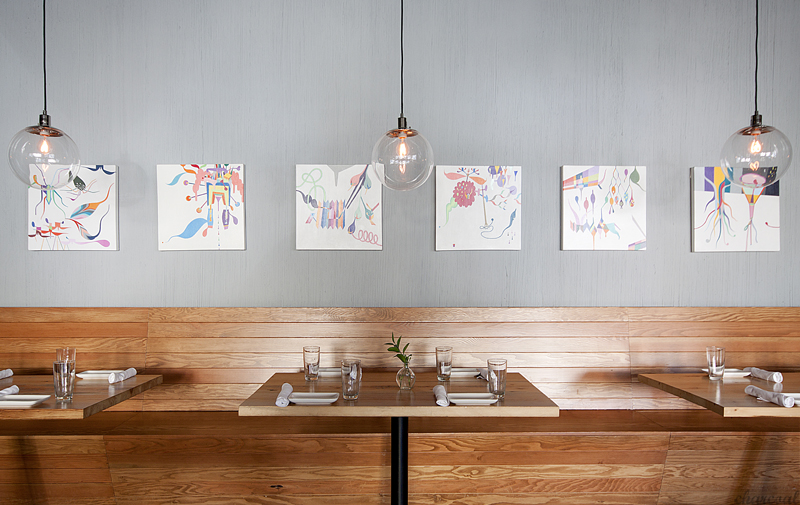 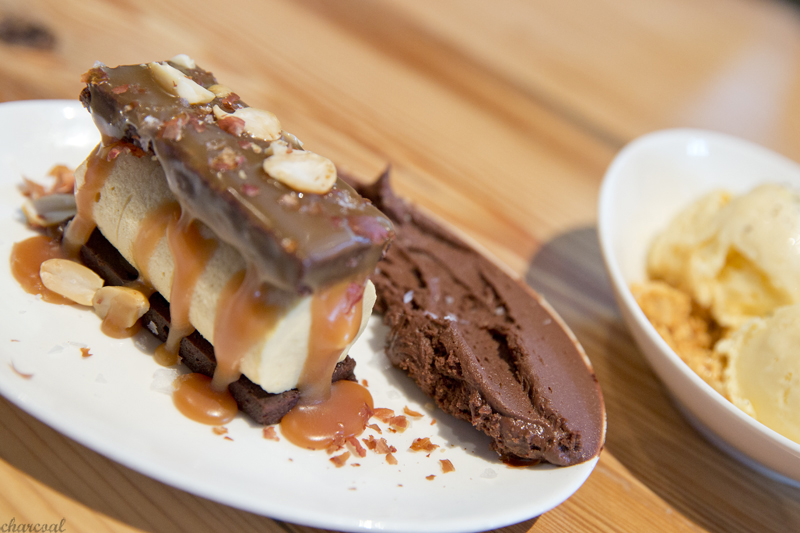 Wait, there is more! Desert of course, which included another round of intriguing cocktails, honey homemade ice cream with crunchy wafers on the bottom and a chocolate desert that tasted like the best Snickers bar you will ever try. So all and all, we had a pretty f******* fantastic Tuesday, all thanks to Mandel and his kick-ass deer + almond crew. Mandel never stops coming up with new dishes, ideas and overall inspiring projects – he is the kind of person that makes Winnipeg such a great place to be. And in the words of chef Hitzer, peace and love.